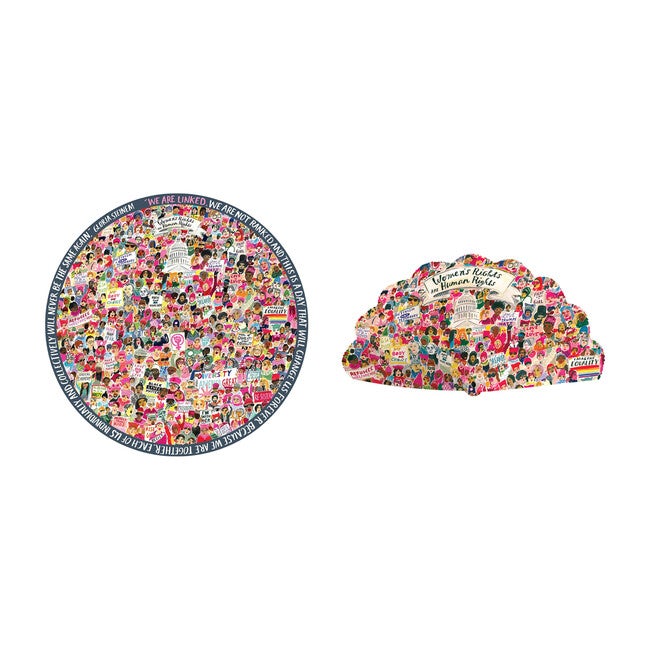 On January 21, 2017, the day after Donald Trump's presidential inauguration, over 4 million people in the United States marched in what became likely the largest single-day protest in American history. To celebrate the one year anniversary of the Womens March on Washington, eeBoo collaborated with illustrator Jennifer Orkin Lewis (@AugustWren) on a commemorative 500 Piece Round Puzzle and Equal Rights fan.

About eeBoo: eeBoo is woman-owned specialty toy and gift company based in New York City committed to designing products that encourage curiosity, imagination, and creativity in people of all ages. They create refreshing toys and gifts that are 100% original and commission their artwork from well-known and well-loved children’s book illustrators.