Where There Is No Mom

In the life of every young woman, there are moments when she needs her father. Bra shopping, as our columnist discovers, might not be one of them.

I behaved badly in high school so my parents sent me on volunteer missions during summer breaks to “build character.” I dug outhouses in Latin America, ran a soccer camp in Antigua and cleaned up beaches in the Leeward Islands. I doubt I learned what my parents hoped, but there was an educational leitmotif that recurred in all three experiences: a how-to manual for medical emergencies in remote locations called “Where There Is No Doctor.” Written in layman’s terms, it could walk you through almost any medical procedure using simple line drawings that illuminated a step-by-step process for remedies as common or obscure as the “digital removal of a fecal impaction.” This tome was the entertainment for us volunteers, and we pored over its illustrations for hours, musing over who would perform what procedure on whom in the event of an actual emergency.

Now, some 25 years later, I have become the primary caregiver to our two young kids, Georgia, 11, and Waller, 9, and it often feels like I am lost in the parenting wilderness, longing for a different sort of manual: one titled “Where There Is No Mom.” Because when it comes to kids, there are catastrophic situations where they need a mom’s expertise as urgently as a shattered femur needs an orthopedist’s. I found myself in just such an emergency recently when my wife was out of town, and my daughter wanted to shop for her very first bra.

I’d been careening toward this moment since Georgia was small. It was clear, for instance, that she was spending too much time with her dad when early in my young fatherhood I was pushing her along our Los Angeles sidewalk in one of those pink plastic cars, feeling proud as I nodded at passersby when she leaned on the little plastic horn – Wonk! Wonk! – and gleefully squealed at some imaginary traffic jam. Kids getting adequate mom-time, I thought, don’t do stuff like this.

Then there were the mommy-and-me music togetherness classes. Simply walking into a place like that presents a host of problems for the basic male form. My ungainly feet trip over all the toys spread around the play area. At circle time, the toxic funk of my tennis shoes wafts in from the vestibule where they sit cast off with a tidy pile of espadrilles. As I hoist my baby off the floor – my t-shirt rising above the waist of my jeans – my soft and hirsute belly interjects itself into every song.

"When it comes to kids, there are catastrophic situations where they need a mom’s expertise as urgently as a shattered femur needs an orthopedist’s."

But bra shopping felt like an incursion into a foreign land – the most imperative of maternal prerogatives where a manual would be requisite for a dad’s success. Sure, I’ve gone shopping with my daughter before, and I enjoy it. It’s fun to see her imitating her mom as she pokes through racks of clothes and to watch her develop her own unique, personal style. I have no preconceptions of what girls should wear. I don’t totally understand or at least cannot adequately defend the prohibitions against shorty-shorts and bare midriffs. So it’s not unusual for my daughter, even back when she was 8, to return from a shopping excursion with dad as the proud owner of leather capris and army boots, or evening gowns and opera capes. Why not? I’m still bummed my mother would never let me slap together my mismatched seersucker blazer and pants into a summer suit. My kids get a different life.

The truth is I didn’t even realize we were bra shopping until we were pretty deep into it. My daughter, 10 years old at that point, had asked if we could go to Marshalls because she needed to buy these “tank-top-type thingies that go under your shirt,” and I was like, “Sure, man.” (Yes, sometimes I call my daughter “man.”) I was mostly just thrilled to have an errand that was cheap and blessed with ample and easy parking. It’s Marshalls. It’s tank-top thingies. I cannot lose.

It’s only as we are circling the racks of discount girl clothes and my daughter squats down beside one circular display that I understand what we are doing. The rack is not labeled “bras” or “starter bras” or “tank-top thingies” or anything at all. I guess they don’t need labels because if you’re a mom, you know. It’s only when my daughter is pulling items out and showing them to me that I realize what we are doing. We are bra shopping. The feeling is both thrilling and humbling at the same time. What karmic mitzvah have I performed to deserve to be invited into this most sacred of mother-daughter rites? And how soon until some figure of authority swoops in to cast me out as the infidel that I am? Can I even BE helpful?

"What karmic mitzvah have I performed to deserve to be invited into this most sacred of mother-daughter rites? And how soon until some figure of authority swoops in to cast me out as the infidel that I am?"

I flash back to a moment when, on the cusp of manhood, I longed to be done with tighty-whities. I was at an age where you felt a certain shame around the gear you carried between your legs, and I wanted the cool, adult discretion my father enjoyed from his boxer shorts. But my parents were divorced by then and dictating to my mother the kind of underwear I wanted to own felt perverse. So one day I snuck out to a store by myself and secretly bought a three pack of jockey boxer shorts. They were two sizes too big and ballooned out of my khakis like a poorly packed parachute. Maybe if my mother had been there, I’d have bought a pair that fit, but I doubt my young psyche could have handled the weight of her scrutiny. So what they were too big? I’d buy a smaller pair next time.

I wanted to give my daughter the same discretion so she too can make her own mistakes, but the truth is I was frozen – terrified of stumbling into some unanticipated pitfall and scarring my daughter for life. “Yeah,” she’ll tell her therapist. “He humiliated me at my most vulnerable point!” I hang back like Jane Goodall at Gombe Stream waiting for the volatile primate to invite me in. But really, I should know better by now. She’s the same monkey who peeled off her clothes in every bounce house right through kindergarten, and who screamed at a birthday party full of strangers: “Here comes the four-year-old!” She is more at home in this world than I will ever be.

Her brow remains unmarred by concern as she searches the rack, so I take the opportunity to reach in myself and pull out a hanger dangling with three spindly tank-top thingies. She scowls at me with disgust, and I wilt completely. “Daddy, they need to have the stretchy thing,” she says, all business. I have no idea what she is talking about but am encouraged by this small kernel of direction. I blindly offer another set. And when she looks up again, her face blossoms into a grin. She rips the hanger from my hand. “Yes! Yes, Daddy! That’s the one I want. But in an extra-small. Can you find it in an extra-small?” We rifle through the rack until we find a couple of them, and I offer to buy more. I feel ebullient and want to buy the whole store, but she just laughs, “No, Daddy. This is enough.”

We buy the bras, and I drive home grinning, amazed. In some ways, maybe it’s better to go bra shopping with your dad. He has no preconceptions or expectations. He cannot possibly judge you against his own norms because he has no frame of reference, and therefore no option but to support you in your choice.

I wonder later if Georgia feels this way, too, or if could she tell my hands were shaking. “I didn’t notice,” she shrugs. “But my friends sure thought it was weird.”


Nick Morton is a film and TV producer living in Los Angeles. Follow him on Twitter @mortonopoulis. 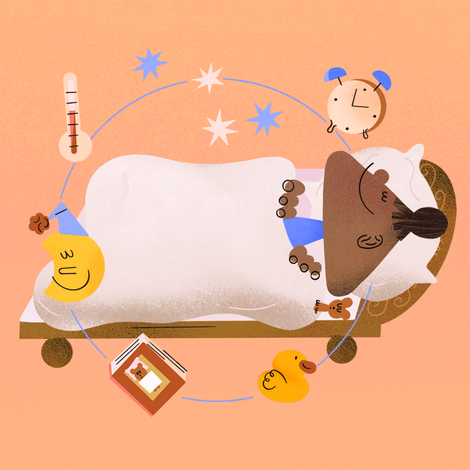 The Gift of Sleep 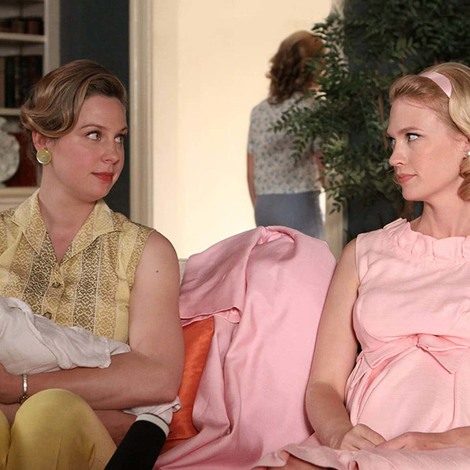 Mom Friends in the Time of Coronavirus 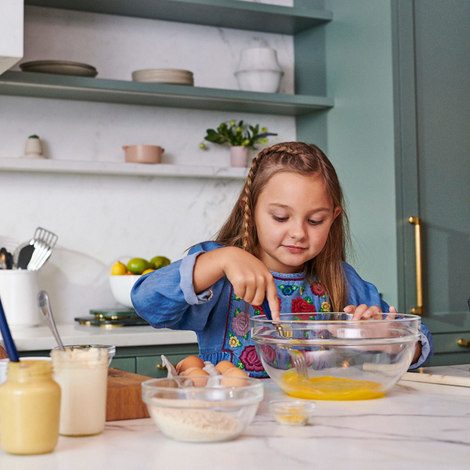 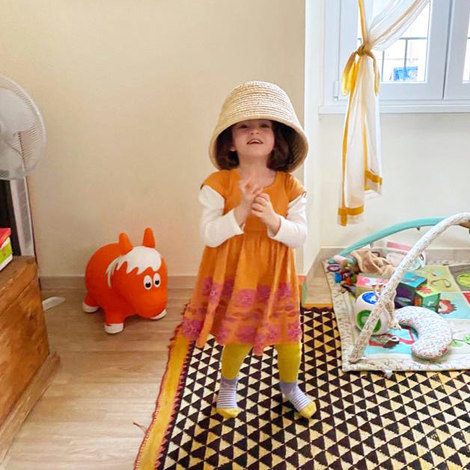