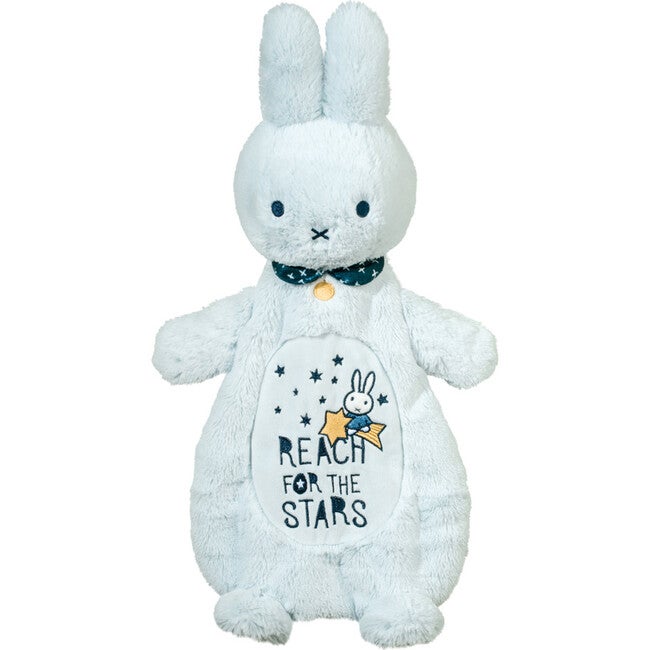 Miffy Bunny Sshlumpie is half blanket and half toy. This loveable squishy under stuffed toy is a baby's true companion. Douglas' Miffy Sslumpie is 18" long and has Miffy's embroidered motto of "Reaching for the stars" on it. Miffy, a classic children's character, was created in 1955 by Dick Bruna. Miffy campaigns for respecting the world and supporting children's individuality. The Miffy Bunny Collection by Douglas Toys are made in the sweetest, softest fabrics for children of all ages to love.

About Douglas: Douglas has been a family-owned and operated business since 1956 and has become one of the oldest and most respected plush companies in the United States.