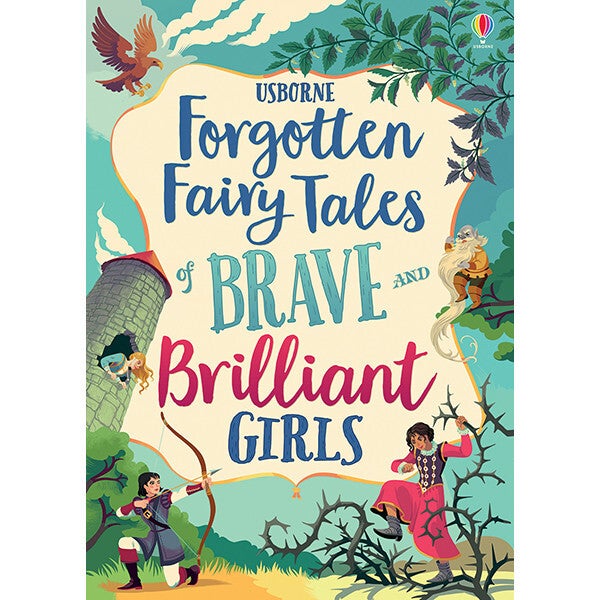 Forgotten Fairy Tales of Brave and Brilliant Girls is a collection based on eight traditional folk and fairy tales which haven’t become as well known as, for example, Cinderella and Sleeping Beauty, partly perhaps because their heroines didn’t meet Victorian ideals of beauty, passivity, and innocence. Fairy tales come from an oral tradition, so they were always changing until the Victorians wrote them down, when they stayed the same for many years. To have meaning today, it’s important that fairy tales change with the times. So in this series, after their heroic and clever deeds, the girls don’t always end up getting married and settling down. They go off and have other adventures of their own. Every story may not end in instant marriage, but good triumphs over evil and there is always a happy ending. Stories included are: Kate Crackernuts, Snow White and Rose Red, The Sleeping Prince, Maid Maleen, Clever Molly, The Unusual Princess, A Cloak of Rushes, and Tam Lin.