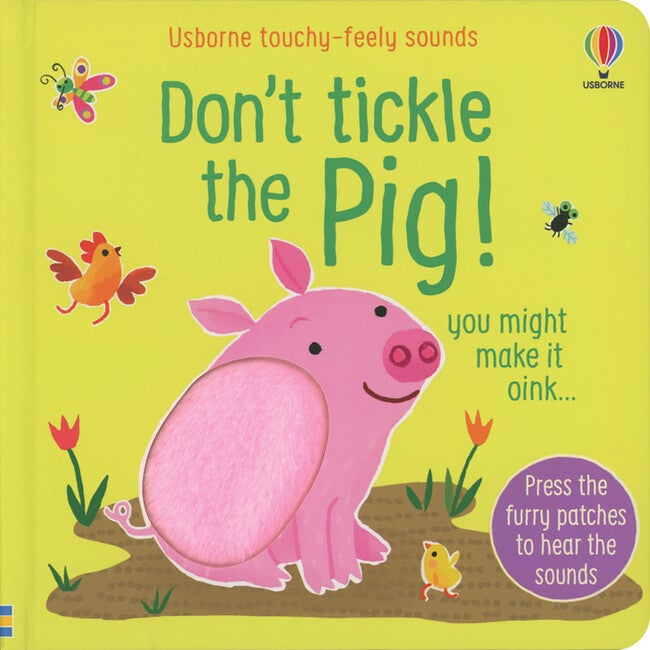 You'd better not tickle the pig...because it just might oink if you do! Little ones just won’t be able to resist tickling the touchy-feely patches to hear the different farm animals in this hilarious novelty book. After the pig, cow, sheep and horse have been tickled, they all join in at the end, making their noises along with a hilarious rendition of the Old Macdonald Had a Farm tune.