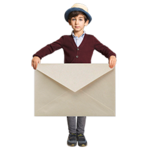 *When you spend $75+, Exclusions Apply

How To Talk So (Your) Kids Will Listen

Adele Faber and Elaine Mazlish’s “How To Talk So Kids Will Listen & Listen So Kids Will Talk” was originally published nearly 30 years ago, and still it endures as a classic parenting book. It’s beloved by parents and professionals alike and, earlier this year, when New York Magazine’s the Strategist consulted child development experts for their excellent list of the best books on how to raise toddlers, "How To Talk" was the most highly recommended by far. Here, because we know you’re busy, we offer five key take-aways from this essential, go-to guide.

Less Is More
Instead of doling out advice (or admonition) at the first sign of conflict, Faber and Mazlish suggest listening intently and acknowledging your child’s feelings with a single word. Often an “Oh,” or “Hmm,” will lead to the child sharing more and even proposing a solution themselves. Similarly, when it comes to getting your child to do something you’ve asked of them, instead of a harangue on how your child hasn’t made up the bed and all of the pain that has caused, think, “Sarah, the bed!”

The most important thing is to be sincere. “If our attitude is not one of compassion,” write Faber and Mazlish, “then whatever we say will be experienced by the child as phony or manipulative.”

Think Twice About Punishment
Faber and Mazlish make a compelling argument for the ways in which punishment can actually deprive the child of the chance to experience the consequences of his own behavior causing him to focus instead on feelings of resentment, anger or revenge. Yikes! So instead of rushing to time out, they suggest letting the consequences play out naturally (if you throw a tantrum at the park, you don’t go to the park the next day) or to focus on problem-solving for more persistent issues.

Be A Storehouse For Your Child’s Special Moments
This was one of my favorite pieces of advice in the book. When your child inevitably comes home from school with the news that so and so called her mean or stupid or what have you, Faber and Mazlish offer the perfect response. “Well,” you can say, “So and so must not know you the way I do,” before rattling off all the times your child was sweet or smart beyond her years. Instead of just saying “That’s not true,” specific examples will give your child the tools she needs to draw that conclusion on her own.

Praise Descriptively
Similarly, describing a behavior you are trying to praise, “I see that you just shared so generously with your sister,” rather than simply evaluating it, “That was so thoughtful,” will enable your child to draw positive conclusions about themselves that will become the building blocks of their self-esteem. After describing what you see, “I see you’ve been working on your homework for more than an hour,” you can sum it up in a word, “That’s what I call determination.” The important thing with praise, as with parenting, is to do it in a way that shows you’re paying attention.

On Freeing Your Children From Playing Roles
Despite our best instincts not to label our children, they often fall into pre-determined roles. The oldest is “bossy” or the youngest is “a mess.” I love Faber and Mazlish’s advice on how to encourage your children to see themselves in new ways. Put your shy child in charge of dealing with customers at the lemonade stand, for example, or your messier child in charge of organizing the playroom.

On that note, one final thought from Faber and Mazlish: “Let’s not cast ourselves in roles either—good parent, bad parent, permissive parent, authoritarian parent. Let’s start thinking of ourselves as human beings first, with great potential for growth and change.”